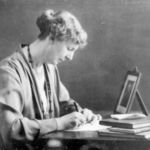 Why Is Anne Cummins Influential?

According to Wikipedia, Anne Emily Cummins was an early British medical social worker who was later called the "mother of almoners". Life Cummins was born in Reigate in 1869. She was educated at Kensington high school and first went to work as a governess. She briefly worked as a teacher before deciding that social work should be her career. She had a natural ability to understand and assist. She was taken on by the Charity Organization Society who sent her to train under Edith Mudd who was an early almoner. She trained and then worked at St. Thomas's Hospital in London. Cummins is credited with inventing the role of a modern social worker attached to a hospital. Her first priorities were patients who had tuberculosis and those who were expectant mothers.

Other Resources About Anne Cummins