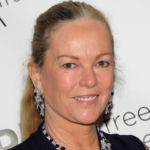 Why Is Anne Hearst Influential?

According to Wikipedia, Anne Randolph Hearst is an American socialite, philanthropist, and publishing heiress. Hearst is a contributing editor of Town & Country magazine Early life Hearst is one of the five daughters of Randolph Apperson Hearst , former president of The San Francisco Examiner, and his first wife, the former Catherine Wood Campbell. She is the granddaughter of newspaper tycoon William Randolph Hearst. Patricia Hearst, who was kidnapped in 1974 by members of the Symbionese Liberation Army, is one of her sisters. She was educated at the Crystal Springs Uplands School and Regis College in Denver, Colorado.

Other Resources About Anne Hearst

What Schools Are Affiliated With Anne Hearst?

Anne Hearst is affiliated with the following schools: