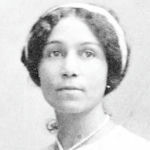 Why Is Anne Spencer Influential?

According to Wikipedia, Anne Bethel Spencer was an American poet, teacher, civil rights activist, librarian, and gardener. While a librarian at the all-black Dunbar High School, a position she held for 20 years, she supplemented the original three books by bringing others from her own collection at home. Though she lived outside New York City, the recognized center of the Harlem Renaissance, also known as the New Negro Movement, she was an important member of this group of intellectuals. She met Edward Spencer while attending Virginia Seminary in Lynchburg, Virginia. Following their marriage in 1901, the couple moved into a house he built at 1313 Pierce Street, where they raised a family and lived for the remainder of their lives.

Other Resources About Anne Spencer

What Schools Are Affiliated With Anne Spencer?

Anne Spencer is affiliated with the following schools: