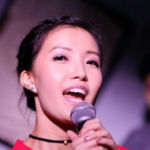 Why Is Annette Lee Influential?

According to Wikipedia, Annette Rochelle Lee , is a Singaporean singer-songwriter, scriptwriter and YouTube personality. She is best known for her short video series on social media such as #ChatsWithChantelle and #AsianParentTings, and for her YouTube shows like Glowing Up and News Plannette. She had previously started out on popular Singaporean social media platform SGAG's comedic videos under the persona "Sue Ann". She released her debut electro-folk EP All Our Achilles Heels in 2017 and Sophomore album Song For The Underdog in 2020.

Other Resources About Annette Lee

What Schools Are Affiliated With Annette Lee?

Annette Lee is affiliated with the following schools: