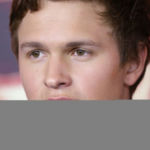 Why Is Ansel Elgort Influential?

According to Wikipedia, Ansel Elgort is an American actor and singer. He began his acting career with a supporting role in the horror film Carrie and gained wider recognition for starring as a teenage cancer patient in the romantic drama film The Fault in Our Stars and for his supporting role in The Divergent Series . In 2017, he played the title character in Edgar Wright's action thriller Baby Driver, for which he received a Golden Globe Award nomination for Best Actor in a Motion Picture – Musical or Comedy. He is also known for his performance in the lead role of Tony in Steven Spielberg's 2021 film version of West Side Story.

Other Resources About Ansel Elgort