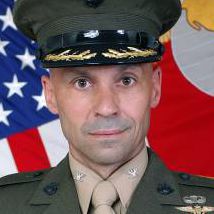 Anthony E. Van Dyke is a United States Marine Corps colonel and current commander of Marine forces at Henderson Hall in Arlington, Virginia. He has previously served at the United States Navy's European headquarters in London, England and in USMC bases across America.