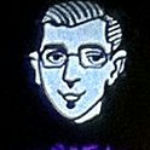 Why Is Anthony G. Bosco Influential?

According to Wikipedia, Anthony Gerard Bosco was an American prelate of the Catholic Church who served as the third bishop of the Roman Catholic Diocese of Greensburg, Pennsylvania, from 1987 to 2004. Biography Raised on Pittsburgh's North Side, Bosco graduated from North Catholic High School in Pittsburgh and attended St. Fidelis Seminary in Butler County and St. Vincent Seminary in Latrobe. He was ordained a priest for the Diocese of Pittsburgh on June 7, 1952.

Other Resources About Anthony G. Bosco

What Schools Are Affiliated With Anthony G. Bosco?

Anthony G. Bosco is affiliated with the following schools: