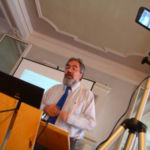 Why Is Anthony Grafton Influential?

Grafton has focused his scholarship on the study of history from the classical era to the Renaissance. His approach has been to not just study chronological history, but also the study of how history has been recorded and understood. He has written many books and articles about history, including Bring Out Your Dead: The Past as Revelation, What Was History?: The Art of History in Early Modern Europe, and Defenders of the Text: The Traditions of Scholarship in the Age of Science, 1450-1800.

He is perhaps best known for his book, The Footnote: A Curious History, in which he attempts to understand the history of history from a novel viewpoint. In 1993, he was awarded the Los Angeles Time Book Prize in history. He has also received a Balzan Prize for History of the Humanities, and a Rome Prize from the American Academy in Rome.

In 2011, Grafton delivered the Sigmund H. Danziger, Jr. Memorial Lecture in the Humanities at the University of Chicago.

According to Wikipedia, Anthony Thomas Grafton is an American historian of early modern Europe and the Henry Putnam University Professor of History at Princeton University, where he is also the Director the Program in European Cultural Studies. He is also a corresponding fellow of the British Academy and a recipient of the Balzan Prize. From January 2011 to January 2012, he served as the President of the American Historical Association.

Other Resources About Anthony Grafton

What Schools Are Affiliated With Anthony Grafton?

Anthony Grafton is affiliated with the following schools: