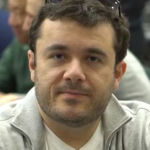 Why Is Anthony Zinno Influential?

According to Wikipedia, Anthony Zinno is a professional poker player from Cranston, Rhode Island. He has won three World Poker Tour titles and four World Series of Poker bracelets. Zinno earned a degree in chemical engineering from Worcester Polytechnic Institute, then graduated from Suffolk University Law School in Boston and passed the Massachusetts state bar exam before becoming a professional poker player. In 2008, he cashed in the WSOP Main Event in 205th place, earning $38,600. His first WPT title came in September 2013, when he prevailed over a field of 1,189 and defeated Vanessa Selbst heads-up at the Borgata Poker Open, earning $825,099. In 2015, he added two more WPT titles in consecutive events. First, he won the Fallsview Poker Classic, then he won the L.A. Poker Classic for $1,015,860. His victory at the LAPC was his third WPT championship, tying Gus Hansen and Carlos Mortensen for the record. With these two victories and multiple cashes, Zinno was awarded the WPT Player of the Year for Season 13.

Other Resources About Anthony Zinno

What Schools Are Affiliated With Anthony Zinno?

Anthony Zinno is affiliated with the following schools: