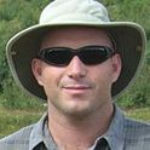 Why Is Antony Garrett Lisi Influential?

According to Wikipedia, Antony Garrett Lisi , known as Garrett Lisi, is an American theoretical physicist. Lisi works as an independent researcher without an academic position. Lisi is known for "An Exceptionally Simple Theory of Everything," a paper proposing a unified field theory based on the E Lie group, combining particle physics with Einstein's theory of gravitation. The theory is incomplete and has unresolved problems. The theory has been extensively criticized in the scientific community.

Other Resources About Antony Garrett Lisi

What Schools Are Affiliated With Antony Garrett Lisi?

Antony Garrett Lisi is affiliated with the following schools: