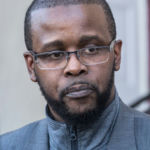 Why Is Antwan Wilson Influential?

According to Wikipedia, Antwan Wilson is an American teacher and school administrator. He was appointed the Superintendent of the Oakland Unified School District in Oakland, California, in 2014, and resigned effective February 2017. On December 20, 2016, he was confirmed as Chancellor of the District of Columbia Public Schools in Washington, D.C. He began his new position on February 1, 2017.

Other Resources About Antwan Wilson

What Schools Are Affiliated With Antwan Wilson?

Antwan Wilson is affiliated with the following schools: