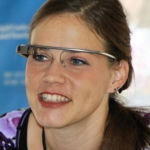 Why Is Aprilynne Pike Influential?

According to Wikipedia, Aprilynne Pike is an internationally best-selling American author best known for her debut novel Wings, which was released in English on May 5, 2009. Biography Aprilynne Pike was born in Salt Lake City, Utah, and grew up in Phoenix, Arizona. She enjoyed creative writing even as a young child. She received a scholarship to Lewis-Clark State College in Lewiston, Idaho, and earned her B.A. in creative writing at the age of 20. Aprilynne and her husband, Kenneth, have four children. She currently lives in Arizona. In addition to writing, she has worked as an editor, a waitress, and childbirth educator and doula.

Other Resources About Aprilynne Pike

What Schools Are Affiliated With Aprilynne Pike?

Aprilynne Pike is affiliated with the following schools:

What Are Aprilynne Pike's Academic Contributions?

Aprilynne Pike has made the following academic contributions: