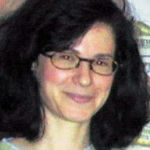 Why Is Arika Okrent Influential?

According to Wikipedia, Arika Okrent is an American linguist, known particularly for her 2009 book In the Land of Invented Languages: Esperanto Rock Stars, Klingon Poets, Loglan Lovers, and the Mad Dreamers Who Tried to Build A Perfect Language, a result of her five years of research into the topic of constructed languages. She is also featured in Sam Green's 2011 documentary The Universal Language.

Other Resources About Arika Okrent

What Schools Are Affiliated With Arika Okrent?

Arika Okrent is affiliated with the following schools:

What Are Arika Okrent's Academic Contributions?

Arika Okrent has made the following academic contributions: