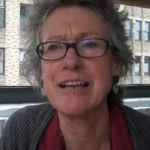 Why Is Arlie Russell Hochschild Influential?

Hochschild has focused on the understanding of human emotions. In her view, human emotions are largely social and can differ in expression across cultures. She has explored the idea of emotional labor, which is a term to describe the emotional requirements of a job. In her book, The Managed Heart: Commercialization of Human Feeling, she studies the role of flight attendants in the emotional regulation of passengers through times of stress or crisis.

In The Second Shift: Working Families and the Revolution at Home, she examines how the care work of women and the uneven distribution of family labor is hindering the economic growth of families. She further examines division of labor and family responsibilities in the context of priority setting in her book, The Time Bind.

She has been honored for her sociological writings. She was awarded the Ulysses Medal, the Charles Cooley Award and Jessie Bernard Award, as well as a Award for Public Understanding of Psychology. She is known as the founder of the sociology of emotions and has provided critical insights into the performative nature of emotions.

According to Wikipedia, Arlie Russell Hochschild is an American professor emeritum of sociology at the University of California, Berkeley and writer. Hochschild has long focused on the human emotions that underlie moral beliefs, practices, and social life generally. She is the author of nine books including, most recently Strangers in Their Own Land: Anger and Mourning on the American Right, a finalist for the National Book Award. In The Second Shift, The Managed Heart, The Time Bind, and many of her other books, she continues the tradition of C. Wright Mills by drawing links between private troubles and public issues.

Other Resources About Arlie Russell Hochschild

What Schools Are Affiliated With Arlie Russell Hochschild?

Arlie Russell Hochschild is affiliated with the following schools:

Arlie Russell Hochschild has made the following academic contributions: