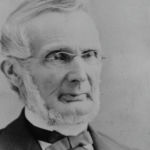 Why Is Arnold Henry Guyot Influential?

According to Wikipedia, Arnold Henry Guyot was a Swiss-American geologist and geographer. Early life Guyot was born on September 28, 1807, at Boudevilliers, near Neuchâtel, Switzerland. He was educated at Chaux-de-Fonds, then at the college of Neuchâtel. In 1825, he went to Germany and resided in Karlsruhe where he met Louis Agassiz, the beginning of a lifelong friendship. From Karlsruhe he moved to Stuttgart, where he studied at the gymnasium. He returned to Neuchâtel in 1827. He determined to enter the ministry and started at the University of Berlin to attend lectures. While pursuing his studies, he also attended lectures on philosophy and natural science. His leisure time was spent in collecting shells and plants, and he received an entrée to the Berlin Botanical Garden from Humboldt. In 1835, he received the degree of PhD from Berlin.

Other Resources About Arnold Henry Guyot

What Schools Are Affiliated With Arnold Henry Guyot?

Arnold Henry Guyot is affiliated with the following schools: