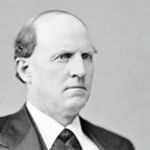 Why Is Asa Hodges Influential?

According to Wikipedia, Asa Hodges was a one-term U.S. Representative for Arkansas's 1st congressional district, with service from 1873 to 1875. Born near Moulton in Lawrence County in northern Alabama, Hodges moved to Marion in Crittenden County in northeastern Arkansas. He attended La Grange Male and Female College in LaGrange, Missouri, now part of Hannibal-LaGrange University in Hannibal, Missouri. He studied law, was admitted to the bar in 1848, and practiced until 1860. Prior to the American Civil War, Hodges owned many slaves near Memphis, Tennessee.

Other Resources About Asa Hodges

What Schools Are Affiliated With Asa Hodges?

Asa Hodges is affiliated with the following schools: