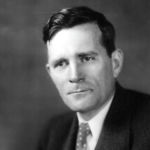 Why Is Aubrey Willis Williams Influential?

According to Wikipedia, Aubrey Willis Williams was an American social and civil rights activist who headed the National Youth Administration during the New Deal. Biography Aubrey Williams was born in Springville, Alabama, on August 23, 1890. He grew up in impoverished circumstances. His grandfather had been born relatively poor in North Carolina and migrated to Alabama, where he quickly accrued wealth and eventually became the owner of a successful plantation and a large number of slaves. He was, however, deeply troubled by the morality of slavery, and in 1855 voluntarily freed his workers. The rest of his property was nonetheless seized in the American Civil War, leaving the family destitute. Trained only for leisure, Aubrey Williams' father turned to manual labor, becoming a notably unsuccessful blacksmith. At the very young age of six, Aubrey went to work as a cash-boy in a Birmingham, Alabama department store. At times his whole family of four had to live on his $3.50 weekly wage.

Other Resources About Aubrey Willis Williams

What Schools Are Affiliated With Aubrey Willis Williams?

Aubrey Willis Williams is affiliated with the following schools: