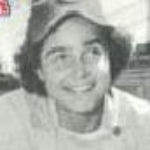 Why Is Audrey Wagner Influential?

According to Wikipedia, Genevieve "Audrey" Wagner [Audrey] was an outfielder who played from through in the All-American Girls Professional Baseball League. Listed at , 145 lb., she batted and threw right-handed. Brief profile Audrey Wagner was one of the sixty original founding members of the All-American Girls Professional Baseball League. A two-time member of the All-Star Team, she ranks eight in the all-time list with 29 career home runs while her 55 triples rank second all-time to Eleanor Callow . Wagner earned Player of the Year honors in 1948, and also led several offensive categories over her seven-year career in the league. She later became an All Star outfielder in each of her four seasons in the competing National Girls Baseball League of Chicago. Following her baseball career, she graduated as Doctor of Medicine.

Other Resources About Audrey Wagner

What Schools Are Affiliated With Audrey Wagner?

Audrey Wagner is affiliated with the following schools: