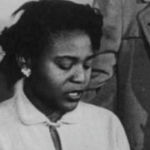 Why Is Autherine Lucy Influential?

According to Wikipedia, Autherine Juanita Lucy was an American activist who was the first African-American student to attend the University of Alabama, in 1956. Her expulsion from the institution later that year led to the university's President Oliver Carmichael's resignation. Years later, the University admitted her as a master's student and in 2010 a clock tower was erected in her honor on its campus.

Other Resources About Autherine Lucy

What Schools Are Affiliated With Autherine Lucy?

Autherine Lucy is affiliated with the following schools: