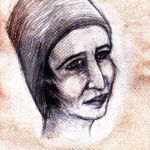 Why Is Ayn Rand Influential?

According to Wikipedia, Alice O'Connor , better known by her pen name Ayn Rand , was a Russian-born American writer and philosopher. She is known for her fiction and for developing a philosophical system she named Objectivism. Born and educated in Russia, she moved to the United States in 1926. She wrote a play that opened on Broadway in 1935. After two early novels that were initially unsuccessful, she achieved fame with her 1943 novel, The Fountainhead. In 1957, Rand published her best-known work, the novel Atlas Shrugged. Afterward, until her death in 1982, she turned to non-fiction to promote her philosophy, publishing her own periodicals and releasing several collections of essays.

Other Resources About Ayn Rand

What Schools Are Affiliated With Ayn Rand?

Ayn Rand is affiliated with the following schools:

What Are Ayn Rand's Academic Contributions?

Ayn Rand has made the following academic contributions: