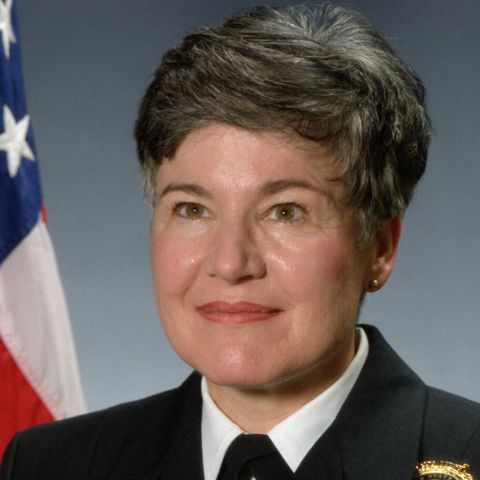 Retired Rear Admiral Barbara Elizabeth McGann was the executive director of the Advanced Math and Science Academy Charter School in Marlborough, Massachusetts until her retirement at the end of the 2010 – 2011 academic year . She was one of the first women to achieve two-star rank in the United States Navy.