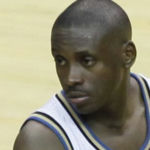 Why Is Ben Wallace Influential?

According to Wikipedia, Ben Camey Wallace is an American basketball executive and former professional player who played most of his career in the National Basketball Association with the Detroit Pistons. He is regarded by many to be the greatest undrafted player in NBA history, and was known for his shot-blocking, rebounding, and overall defensive play. A native of Alabama, Wallace attended Cuyahoga Community College and Virginia Union University. In his NBA career, he also played with the Washington Bullets/Wizards, Orlando Magic, Chicago Bulls, and Cleveland Cavaliers.

Other Resources About Ben Wallace

What Schools Are Affiliated With Ben Wallace ?

Ben Wallace is affiliated with the following schools: