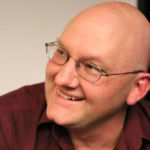 Why Is Benjamin Radford Influential?

According to Wikipedia, Benjamin Radford is an American writer, investigator, and skeptic. He has authored, coauthored or contributed to over twenty books and written over a thousand articles and columns on a wide variety of topics including urban legends, unexplained mysteries, the paranormal, critical thinking, mass hysteria, and media literacy. His book, Mysterious New Mexico: Miracles, Magic, and Monsters in the Land of Enchantment, was published in the summer of 2014 and is a scientific investigation of famous legends and folklore in the state of New Mexico. In 2016 Radford published Bad Clowns, a 2017 IPPY bronze award winner, and he is regarded as an expert on the bad clowns phenomenon.

Other Resources About Benjamin Radford

What Schools Are Affiliated With Benjamin Radford?

Benjamin Radford is affiliated with the following schools:

What Are Benjamin Radford's Academic Contributions?

Benjamin Radford has made the following academic contributions: