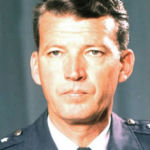 Why Is Bernard Schriever Influential?

According to Wikipedia, Bernard Adolph Schriever , also known as Bennie Schriever, was a United States Air Force general who played a major role in the Air Force's space and ballistic missile programs. Born in Bremen, Germany, Schriever immigrated to the United States as a boy and became a naturalized US citizen in 1923. He graduated from Texas A&M in 1931, and was commissioned as a reserve second lieutenant in the U.S. Army. He transferred to the United States Army Air Corps and was awarded his wings and a commission as a reservist second lieutenant in 1933. In 1937, he was released from active duty at his own request and became a pilot with Northwest Airlines, but he returned to the Air Corps with a regular commission in 1938.

Other Resources About Bernard Schriever

What Schools Are Affiliated With Bernard Schriever?

Bernard Schriever is affiliated with the following schools: