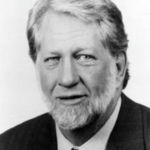 Why Is Bernard Ebbers Influential?

According to Wikipedia, Bernard John Ebbers was a Canadian businessman, the co-founder and CEO of WorldCom and a convicted fraudster. Under his management, WorldCom grew rapidly but collapsed in 2002 amid revelations of accounting irregularities, making it at the time one of the largest accounting scandals in the United States. Ebbers blamed his subordinates but was convicted of fraud and conspiracy. In December 2019, Ebbers was released from Federal Medical Center, Fort Worth, due to declining health, having served 13 years of his 25-year sentence, and he died just over a month later.

Other Resources About Bernard Ebbers

What Schools Are Affiliated With Bernard Ebbers?

Bernard Ebbers is affiliated with the following schools: