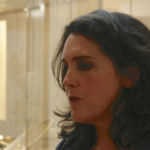 Why Is Bettany Hughes Influential?

According to Wikipedia, Bettany Mary Hughes is an English historian, author and broadcaster, specialising in classical history. Her published books cover classical antiquity and myth, and the history of Istanbul. She is active in efforts to encourage the teaching of the classics in UK state schools. Hughes was appointed OBE in 2019.

Other Resources About Bettany Hughes

What Are Bettany Hughes's Academic Contributions?

Bettany Hughes has made the following academic contributions: