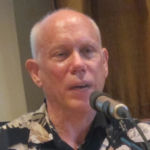 Why Is Bill Atkinson Influential?

According to Wikipedia, Bill Atkinson is an American computer engineer and photographer. Atkinson worked at Apple Computer from 1978 to 1990. Atkinson was the principal designer and developer of the graphical user interface of the Apple Lisa and, later, one of the first thirty members of the original Apple Macintosh development team, and was the creator of the MacPaint application. He also designed and implemented QuickDraw, the fundamental toolbox that the Lisa and Macintosh used for graphics. QuickDraw's performance was essential for the success of the Macintosh GUI. He also was one of the main designers of the Lisa and Macintosh user interfaces. Atkinson also conceived, designed and implemented HyperCard, an early and influential hypermedia system. HyperCard put the power of computer programming and database design into the hands of nonprogrammers. In 1994, Atkinson received the EFF Pioneer Award for his contributions.

Other Resources About Bill Atkinson

What Schools Are Affiliated With Bill Atkinson?

Bill Atkinson is affiliated with the following schools: