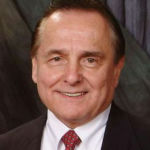 Why Is Bill Gothard Influential?

According to Wikipedia, William W. Gothard Jr. is an American Christian minister, speaker, and writer, and the founder of the Institute in Basic Life Principles . His conservative teachings encourage Bible memorization, large families, homeschooling, aversion to debt, respect for authority, conservative dress, and extended principles related to identity, family, education, healthcare, music, and finances. In 2014, he stepped down from the IBLP after multiple allegations of sexual harassment and molestation were made against him. In 2016, Gothard and IBLP were sued by a group of alleged victims; the lawsuit was dismissed in 2018, due to the statute of limitations.

Other Resources About Bill Gothard

What Schools Are Affiliated With Bill Gothard?

Bill Gothard is affiliated with the following schools: