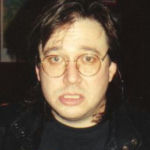 Why Is Bill Hicks Influential?

According to Wikipedia, William Melvin Hicks was an American stand-up comedian, social critic, satirist, and musician. His material—encompassing a wide range of social issues including religion, politics, and philosophy—was controversial and often steeped in dark comedy.

Other Resources About Bill Hicks

What Schools Are Affiliated With Bill Hicks?

Bill Hicks is affiliated with the following schools:

What Are Bill Hicks's Academic Contributions?

Bill Hicks has made the following academic contributions: