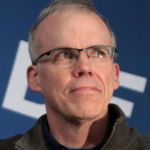 Why Is Bill McKibben Influential?

According to Wikipedia, William Ernest McKibben is an American environmentalist, author, and journalist who has written extensively on the impact of global warming. He is the Schumann Distinguished Scholar at Middlebury College and leader of the climate campaign group 350.org. He has authored a dozen books about the environment, including his first, The End of Nature , about climate change.

Other Resources About Bill McKibben

What Schools Are Affiliated With Bill McKibben?

Bill McKibben is affiliated with the following schools:

What Are Bill McKibben's Academic Contributions?

Bill McKibben has made the following academic contributions: