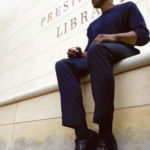 Why Is Bill T. Jones Influential?

According to Wikipedia, William Tass Jones, known as Bill T. Jones, is an American choreographer, director, author and dancer. He is the co-founder of the Bill T. Jones/Arnie Zane Dance Company. Jones is Artistic Director of New York Live Arts, the company's home in Manhattan, whose activities encompass an annual presenting season together with allied education programming and services for artists. Independently of New York Live Arts and his dance company, Jones has choreographed for major performing arts ensembles, contributed to Broadway and other theatrical productions, and collaborated on projects with a range of fellow artists. Jones has been called "one of the most notable, recognized modern-dance choreographers and directors of our time."

Other Resources About Bill T. Jones

What Schools Are Affiliated With Bill T. Jones?

Bill T. Jones is affiliated with the following schools: