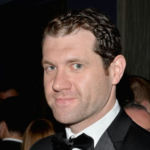 Why Is Billy Eichner Influential?

According to Wikipedia, Billy Eichner is an American comedian, actor, and producer. He is the star, executive producer, and creator of Funny Or Die's Billy on the Street, a comedy game show that aired on truTV. The show earned Eichner a nomination for the Daytime Emmy Award for Outstanding Game Show Host in 2013. He is also known for playing Craig Middlebrooks on the sitcom Parks and Recreation, Mr. Ambrose the Librarian on the animated TV series Bob's Burgers, and Timon in the 2019 remake of The Lion King.

Other Resources About Billy Eichner

What Schools Are Affiliated With Billy Eichner?

Billy Eichner is affiliated with the following schools: