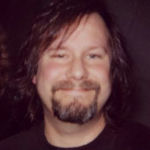 Why Is Billy Gould Influential?

According to Wikipedia, William David Gould is an American musician and producer. He is best known as the bassist of Faith No More. Biography Early years Billy said he is of Hungarian descent from his father side. Faith No More Gould started playing the bass while he was at Loyola High School in Los Angeles with future Faith No More keyboardist Roddy Bottum. His first band during these early years was named "The Animated," a genre-bending new wave outfit that sounded something like a cross between The Buzzcocks, XTC and Michael Jackson. That band also featured future FNM vocalist Chuck Mosley on keyboards, and Mark Stewart on guitar, of Negro Problem fame. In the early 1980s he moved to San Francisco to begin his studies and got involved with several underground bands. At this time, he met drummer Mike Bordin and guitarist Jim Martin. Soon after that Gould formed a band with Bordin, keyboardist Wade Worthington , and guitarist/vocalist Mike 'The Man' Morris named Faith No Man, which eventually became Faith No More once Morris was out of the band.

Other Resources About Billy Gould