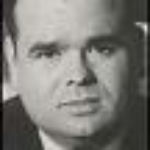 Why Is Billy James Hargis Influential?

According to Wikipedia, Billy James Hargis was an American Christian evangelist. At the height of his popularity in the 1950s and 1960s, his Christian Crusade ministry was broadcast on more than 500 radio stations and 250 television stations. He promoted an anti-Communist, segregationist message as well as evangelizing, and founded a radio station, monthly newspaper, and a college in Tulsa, Oklahoma, to support his ministries. In 1974, several students at his American Christian College accused Hargis of sexual misconduct; however, the Tulsa district attorney found no evidence of wrongdoing. Hargis went into partial retirement, and the college closed in 1977. He continued to publish his newspaper and write books.

Other Resources About Billy James Hargis

What Schools Are Affiliated With Billy James Hargis?

Billy James Hargis is affiliated with the following schools: