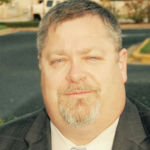 Why Is Blake Percival Influential?

According to Wikipedia, Blake Percival was the Director of Fieldwork Services, Western Pennsylvania,, for USIS. He became a whistleblower in July 2011, when he filed a qui tam suit saying he was fired from USIS, for not ordering his subordinates to submit cases to the U.S. Government for payment, that had not been completed. He had worked for USIS from January 2001 to June 2011. In his suit he stated he had been fired after he refused to order his employees to continue an elaborate fraud known as dumping. The suit was filed under seal in U.S. District Court in Montgomery, Alabama. His allegations were investigated by the U.S. Department of Justice and in October 2013 the DOJ joined Percival’s suit and removed the seal. The case, United States of America ex rel. Blake Percival v. U.S. Investigations Services, Civil Action No. 11-CV-527-WKW, was filed in U.S. District Court, Middle District of Alabama . On January 22, 2014 the DOJ filed their formal complaint against USIS. In their filing the DOJ stated that USIS committed fraud on at least 665,000 background investigations. This case was moved to Washington, D.C. on April 25, 2014. The case was settled on August 19. 2015 when USIS agreed to forgo claims to more than $30,000,000 it was owed by the U.S. Government. On December 18, 2015 the Department of Justice awarded Percival 20%, just over $6,000,000, of the money recovered from USIS.

Other Resources About Blake Percival

What Schools Are Affiliated With Blake Percival?

Blake Percival is affiliated with the following schools: