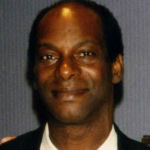 Why Is Bob Beamon Influential?

According to Wikipedia, Robert Beamon is an American former track and field athlete, best known for his world record in the long jump at the Mexico City Olympics in 1968. By jumping 8.90 m , he broke the existing record by a margin of 55 cm and his world record stood for almost 23 years until it was broken in 1991 by Mike Powell. , the jump is still the Olympic record and the second longest wind legal jump in history.

Other Resources About Bob Beamon

What Schools Are Affiliated With Bob Beamon?

Bob Beamon is affiliated with the following schools: