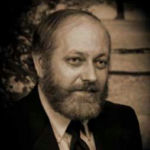 Why Is Bob Bledsaw Influential?

According to Wikipedia, Robert Eugene Bledsaw was the founder of the role-playing game publisher Judges Guild. Early life and education Bob Bledsaw was born May 18, 1942, in Decatur, Illinois, and was the son of Walter and Dorothy Bledsaw. He graduated from Lakeview High School and Richland Community College and attended Millikin University. He was employed as an engineer by A.W. Cash, Grigoleit, Essex Wire, General Electric and Zexel Illinois, contributing to the development of quadraphonic sound systems.

Other Resources About Bob Bledsaw

What Schools Are Affiliated With Bob Bledsaw?

Bob Bledsaw is affiliated with the following schools: