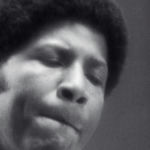 Why Is Bob Cranshaw Influential?

According to Wikipedia, Melbourne Robert Cranshaw was an American jazz bassist. His career spanned the heyday of Blue Note Records to his recent involvement with the Musicians Union. He is perhaps best known for his long association with Sonny Rollins. Cranshaw performed in Rollins's working band on and off for over five decades, starting with a live appearance at the 1959 Playboy jazz festival in Chicago and on record with the 1962 album The Bridge.

Other Resources About Bob Cranshaw