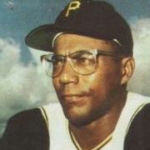 Why Is Bob Veale Influential?

According to Wikipedia, Robert Andrew Veale is an American former professional baseball player and coach. He played in Major League Baseball as a left-handed pitcher from through for the Pittsburgh Pirates and Boston Red Sox. Veale was one of the top strikeout pitchers in the National League during his tenure with the Pirates. The two-time All-Star player was the National League strikeout leader in . He was a member of the Pirates teams that won three consecutive National League Eastern Division titles between and and, won the World Series in . Veale also played for the Boston Red Sox from 1972 to 1974.

Other Resources About Bob Veale

What Schools Are Affiliated With Bob Veale?

Bob Veale is affiliated with the following schools: