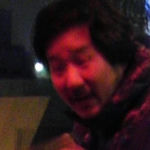 Why Is Bobby Lee Influential?

According to Wikipedia, Robert Lee Jr. is an American stand-up comedian, actor, and podcaster. From 2001 to 2009, Lee was a cast member on MADtv, and he co-starred in the ABC single-camera sitcom series Splitting Up Together alongside Jenna Fischer and Oliver Hudson between 2018 and 2019. Lee has also appeared in the films Harold & Kumar Go to White Castle , Pineapple Express , and The Dictator . He recently had a guest appearance as the cynical, burned-out Dr. Kang on FX on Hulu's TV comedy series Reservation Dogs.

Other Resources About Bobby Lee

What Schools Are Affiliated With Bobby Lee?

Bobby Lee is affiliated with the following schools: