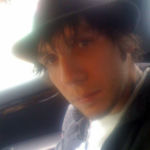 Why Is Brandon Novak Influential?

According to Wikipedia, Brandon Thomas Novak is an American professional skateboarder, stunt performer, author, addiction interventionist, motivational speaker, and former member of the "CKY crew". Career Professional skateboarding Novak started skateboarding at 7 years old and was soon discovered by Tony Hawk. He was the first skateboarder in the world to be sponsored by Gatorade when he was 14 years old and filmed commercials with Michael Jordan. At this same time, he was a professional skateboarder on the Powell Peralta Team, traveling the country with Bucky Lasek, Bam Margera, Tony Hawk, and others. His substance abuse led to his quitting the team after being discovered by Mike Vallely and Hawk presented him with the option to quit or attend rehab which he chose to quit.

Other Resources About Brandon Novak