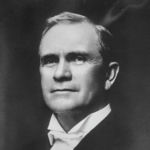 Why Is B. B. Comer Influential?

According to Wikipedia, Braxton Bragg Comer was an American politician who served as the 33rd Governor of Alabama from 1907 to 1911, and a United States Senator in 1920. As governor, he achieved railroad reform, lowering rates for businesses in Alabama to make them more competitive with other states. He increased funding for the public school system, resulting in more rural schools and high schools in each county for white students, and eventually a rise in the state's literacy rate.

Other Resources About B. B. Comer

What Schools Are Affiliated With B. B. Comer?

B. B. Comer is affiliated with the following schools: