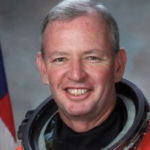 Why Is Brian Duffy Influential?

According to Wikipedia, Brian Duffy is a retired U.S. Air Force colonel and a former NASA astronaut. He flew aboard four Space Shuttle missions. Education Duffy graduated from Rockland High School, Rockland, Massachusetts in 1971. In 1975 he received a Bachelor of Science degree in mathematics from the United States Air Force Academy and completed Undergraduate Pilot Training at Columbus Air Force Base, Mississippi, in 1976. In 1981 he received a Master of Science degree in systems management from the University of Southern California.

Other Resources About Brian Duffy

What Schools Are Affiliated With Brian Duffy ?

Brian Duffy is affiliated with the following schools: