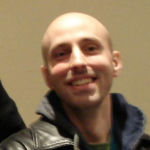 Why Is Brian K. Vaughan Influential?

According to Wikipedia, Brian K. Vaughan is an American comic book and television writer, best known for the comic book series Y: The Last Man, Ex Machina, Runaways, Pride of Baghdad, Saga, and Paper Girls. Vaughan was a writer, story editor and producer of the television series Lost during seasons three through five. He was nominated for a Writers Guild of America Award for Best Dramatic Series at the February 2009 ceremony for his work on the fourth season. The writing staff was nominated for the award again at the February 2010 ceremony for their work on the fifth season. He was formerly the showrunner and executive producer of the TV series Under the Dome.

Other Resources About Brian K. Vaughan

Brian K. Vaughan has made the following academic contributions: