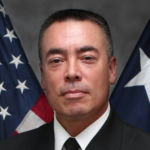 Why Is Brian L. Losey Influential?

According to Wikipedia, Brian Lee Losey is a retired rear admiral of the United States Navy. He headed the Naval Special Warfare Command from 2013 until his retirement in 2016. Losey is a native of Tacoma, Washington. Education A graduate of the United States Air Force Academy, class of 1983, Losey also holds a Master's degree in National Security Strategy from the National War College, which he received in 2004. He is a graduate of the Defense Language Institute, the Armed Forces Staff College, and Air Command and Staff College.

Other Resources About Brian L. Losey

What Schools Are Affiliated With Brian L. Losey?

Brian L. Losey is affiliated with the following schools: