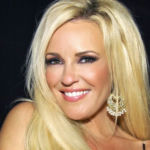 Why Is Bridget Marquardt Influential?

According to Wikipedia, Bridget Christina Marquardt is an American television personality and model, known for her role in the reality TV series The Girls Next Door, which depicted her life as one of Playboy founder Hugh Hefner's girlfriends. Although not a Playboy Playmate, Marquardt has appeared in nude pictorials with her Girls Next Door co-stars and fellow Hefner girlfriends Holly Madison and Kendra Wilkinson.

Other Resources About Bridget Marquardt

What Schools Are Affiliated With Bridget Marquardt?

Bridget Marquardt is affiliated with the following schools: