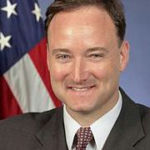 Why Is Brigham McCown Influential?

According to Wikipedia, Brigham A. McCown is a former member of the U.S. Senior Executive Service at the United States Department of Transportation. He served as chief executive of the Alyeska Pipeline Service Company which designed, built, operates, and maintains the Trans-Alaska Pipeline System. Following retirement from federal service, he worked as an attorney, consultant, and was a Clinical Professor at Miami University.

Other Resources About Brigham McCown

What Schools Are Affiliated With Brigham McCown?

Brigham McCown is affiliated with the following schools: