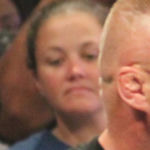 Why Is Brock Lesnar Influential?

According to Wikipedia, Brock Edward Lesnar is an American-Canadian professional wrestler, former mixed martial artist, amateur wrestler, and professional football player. He is signed to WWE, where in storyline he is a free agent, allowing him to appear on any WWE brand, and he is also the reigning WWE Champion in his seventh reign. Regarded as one of the greatest professional wrestlers of all time, he is the only person to hold the primary heavyweight championships in WWE, Ultimate Fighting Championship , New Japan Pro-Wrestling , and the National Collegiate Athletic Association . Overall, he is a 12-time world heavyweight champion across major wrestling and MMA promotions .

Other Resources About Brock Lesnar

What Schools Are Affiliated With Brock Lesnar?

Brock Lesnar is affiliated with the following schools: