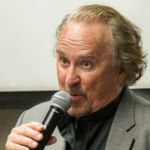 Why Is Bruce Henderson Influential?

According to Wikipedia, Bruce Henderson is an American journalist and author of more than 20 nonfiction books, including a #1 New York Times bestseller, And the Sea Will Tell. His most recent New York Times bestseller is Sons and Soldiers: The Untold Story of the Jews Who Escaped the Nazis and Returned with the U.S. Army to Fight Hitler. Henderson's books have been translated into French, Spanish, Italian, Portuguese, Danish, Dutch, Chinese, Japanese, Hungarian and Czech. A member of the Authors Guild, Henderson has taught reporting and writing courses at USC School of Journalism and Stanford University.

Other Resources About Bruce Henderson

What Schools Are Affiliated With Bruce Henderson ?

Bruce Henderson is affiliated with the following schools: