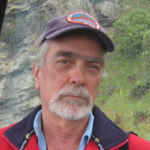 Why Is Bruce P. Luyendyk Influential?

Areas of Specialization: Marine Geophysics, Tectonics, Paleomagnetic Methods
Bruce P. Luyendyk is Professor Emeritus of marine geophysics at the University of California, Santa Barbara, and a geophysicist and oceanographer. He earned his B.Sc. in geology and geophysics from San Diego State University and a Ph.D. from the Scripps Institute of Oceanography at the University of California, San Diego. He completed his postdoctoral studies at the Woods Hole Oceanographic Institution.

Luyendyk has studied marine geology around the world, from the tectonics of southern California to the paleoclimate of Antarctica. He has helped discover deep-sea hydrothermal vents and even has a mountain named for him, Mount Luyendyk in Antarctica.

He has led two expeditions of the Deep Sea Drilling Project, which has sought to better understand Earth’s geological past, leading to discoveries that have supported models and theories related to sea floor spreading. He named Zealandia, a lost, eighth continent that has slipped beneath the sea.

He is a Fellow of the Geological Society of America, the American Geophysical Union and the American Association of the Advancement of Science. He served on the Antarctic Drilling Science Committee for over a decade, during which time he conducted important research on ice flows and the tectonic history of the continent of Antarctica.

According to Wikipedia, Bruce Peter Luyendyk is an American geophysicist and oceanographer, currently professor emeritus of marine geophysics at the University of California, Santa Barbara. His work spans marine geology of the major ocean basins, the tectonics of southern California, marine hydrocarbon seeps, and the tectonics and paleoclimate of Antarctica. His research includes tectonic rotations of the California Transverse Ranges, participation in the discovery of deep-sea hydrothermal vents, quantitative studies of marine hydrocarbon seeps, and geologic exploration of the Ford Ranges in Marie Byrd Land, Antarctica.

Other Resources About Bruce P. Luyendyk

What Schools Are Affiliated With Bruce P. Luyendyk?

Bruce P. Luyendyk is affiliated with the following schools: